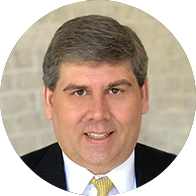 Dr. Hamilton is an experienced physician executive with a strong track record of developing and leading healthcare product and service initiatives in software companies, consulting firms and provider organizations. He brings to CaptureRx his unique expertise to understand and leverage evolving trends at the intersection of business, information technology and clinical medicine.

His extensive background includes the position of President and CEO at GreenLight, where he led the company in delivering point-of-care and analytics tools to enable primary care and pain management practices to better identify behavioral health conditions. Prior to GreenLight, Dr. Hamilton held the role of President and CEO at digiChart, Inc., and Chief Medical Information Officer at both Informatics Corporation of America and PointClear Solutions.

Dr. Hamilton received his medical degree from the University of Tennessee College of Medicine and has been a board-certified pediatrician since 2002. He received a Graduate Certificate in Population Health Management from Johns Hopkins Bloomberg School of Public Health and a Bachelor of Science in Chemistry from the University of South Alabama. 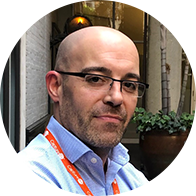 In this role, Franc has responsibility for CaptureRx development team management and growth, QA and product testing, platform selection and technical design, cybersecurity, maintaining the strategic technology focus of the company, and all technology related matters.

Prior to joining CaptureRx, Franc worked at Nielsen for 10 years as director of client insights and analytics for Nielsen’s Marketing Mix engagement with Procter and Gamble (P&G). During his tenure at Nielsen Franc also worked in other major accounts such as Coca-Cola as a systems architect for their Marketing Mix forecasting tools. 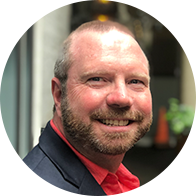 In this role, Terry has responsibility for all aspects of internal and external client operations functions as well as executive responsibility for CaptureRx’s products, programs, and services. In this role the departments that Terry has responsibility for include, Product Management team, Customer Support Services team, Implementation team, Client Management, Strategic Accounts, Strategic Programs, Retail Programs, Operations, and Process Improvement. In addition, he serves as the executive member of CaptureRx’s Compliance Committee.

Previously at Capture Rx, Terry served as Vice President of Operations where he had responsibility for the implementation, customer support center, IT service management, and product management teams.

Immediately prior to joining CaptureRx, Terry worked at HCA Healthcare as the Division Director of Pharmacy Operations for the Methodist Healthcare System in San Antonio, TX. In this role, Terry helped lead pharmacy supply chain and patient care operations at the nine hospitals within the division. He was also responsible for leading the IV fluid supply chain procurement and distribution efforts during Hurricane Harvey.

Prior to working at HCA Healthcare, Terry worked at Cardinal Health. Cardinal Health is a top 14 company in the Fortune 500 of US corporations. In his 17+ years at Cardinal, Terry had various progressive leadership roles from Director of Pharmacy to Regional Director of Pharmacy Operations and Account Management, culminating in his role as the Product Leader for Outpatient Pharmacy & Central Fill Services. In this role he was responsible for product and service development as well as on-going operations for this business line in the United States. In this role, Terry led the development, implementation and operation of two new multi-million-dollar service lines for the company.

Terry holds a Bachelor of Science in Pharmacy from the McWhorter School of Pharmacy at Samford University as well as a Master’s in Business Administration and Master’s in Public Health from the University of Alabama-Birmingham. 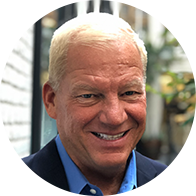 Prior to joining CaptureRx, David worked at Cardinal Health, where he served as a leader of organizational and executive management teams. David’s thirty-year career has spanned several domestic and international high-visibility corporate customers. In his prior roles with Cardinal Health he was responsible for general management, relationships, sales, retention, and margin growth for 1000+ customers across the healthcare spectrum. 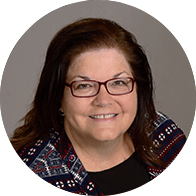 Prior to joining CaptureRx, Becky worked at Hewlett Packard (HP) for seven years, where she most recently served as Director of HP’s Global Performance Management and Career Development Centers of Excellence, leading the worldwide performance management and career development programs for 300,000+ employees in over 170 countries.

Before joining HP, Becky was with Electronic Data Systems (EDS) for eighteen years where she held a number of global HR roles for EDS’ 150,000+ employees, including key leadership roles in technical and leadership training, performance management, career development, executive development, HR data and analytics and Voice of the Employee.

Becky has published in several accredited journals including the Journal of Business & Psychology, Journal of Social Behavior & Personality, and Performance Improvement. 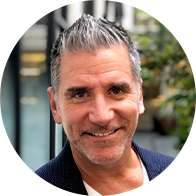 Jeff has worked with some of the world’s most beloved brands through his marketing agency, including the likes of Disney, Nickelodeon and Adidas. Jeff was responsible for creating the world’s first internationally branded hotel booking app – helping set the standard for global online hotel booking.